How Can Microsoft Beat Google? 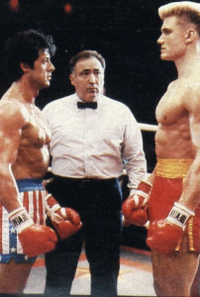 This is an interesting question that almost everyone misinterprets.

People assume the question is:

(wrong question) "How can Microsoft beat Google at Search?"

Think about that for a moment. It sounds insane, like some whacked out piece of futurama satire, but i'm deadly serious. Okay, not deadly lethal serious, but serious enough to repeat it in a <blockquote>, for those who scan without reading:

Five years ago, Google's advertising offerings were revolutionary. Their minimalist text-only ads took the world by storm. The jaded internet user actually clicked on a few ads. An incredible time was had by all.

In the five years since, Google have offered only marginal innovation.

The funny thing is that in those five years, Microsoft seem to have gone almost backwards!

Far from jumping on the 'minimalist' bandwagon, they persist with the blinky-banner ad school of thinking, and even dropped SIX billion dollars on buying aQuantive, early last year in a move that... well, i'd be scratching my head if i were Steve Balmer.

Microsoft could simply fire everyone in advertising, and get a bunch of lunatic perverts from a local insane venereal-monkey asylum, and probably come up with a better advertising program. (There are rumours that they've done exactly that several times already)

Now, in the interests of being more constructive with my feedback, here's my two step plan for winning at advertising.

The real constructive criticism would be around how to improve upon what Google currently do with advertising.

I'm out of time. So what are your thoughts, how can advertising be better than we get from Google today?