I woke up the other day with a guitar riff stuck in my head.

I knew it was from a song by The Doors, but I couldn't work out which one, so I went to spotify and played the first few seconds of a dozen or so Doors songs, until I found it.

What is that song even about? Okay, it's about sex. Problem solved.

So I found some tablature online, it said something like this:

I tried playing it. And although I was playing the notes that were shown it was definitely not the intro to the song 'Love me two times' by The Doors. It was some other, much much sadder song.

Then I went and looked at some YouTube videos. Wow. This was a revelation. 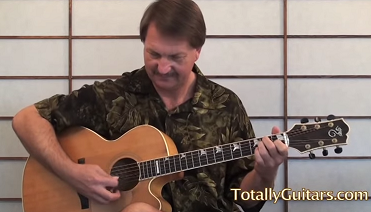 Neil from totally guitar said that on the first note, you hit upward with your plectrum. In fact the direction of your plectrum pretty much dictates the entire sound. I'm more of a finger/thumb picking guy, so it's all very unnatural to me. Up, down, up down, like a broom sweeping. Classic blues, the way Robert Johnson learned it from the devil at the crossroads long ago.

So the tab, as explained by Neil, has these nuances:

And that's before you even get to the timing of the piece. Tablature doesn't tell you anything about the relative duration of each note.

Okay, so let's say you've mastered the timing of the intro, and all of the rest of the song.

At best, you'll play as well as Robby Kreiger in this performance from 1972 playing with the doors minus Jim Morrison. This is 3 years after Jim passed away, the remaining band playing, with keyboardist Ray Manzarek on vocals. (You can see Robby smiling as he pushes out the trills ;-)) 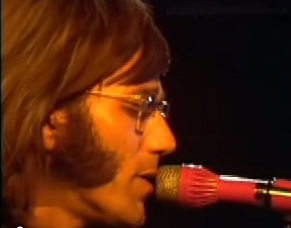 I like Ray's take on the song. Having focused on this song for a day (in between build breakages) I thought they did a great job. But then, even though I was at youtube, I went ahead, like a fool, and read the damn comments.

Good performance but something is missing...I can't quite put my finger on it though

OK, that was pretty subtle. Another put it a little more bluntly:

Here's a trio of three very accomplished musicians, playing a song the best it will ever be played. The video has a lot of views, and almost unanimous positive votes, but an overwhelming number of negative comments, with a particularly repetitive theme. Let's see what this Jim Morrison brings to the table. Here's a performance with Jim 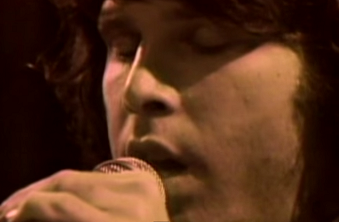 Watching the performance with Jim, a few things are obvious:

Mostly he keeps his eyes closed and sings to himself. His voice is broody: his whole act is devastatingly broody, devastatingly melancholic, and devastatingly handsome. He's basically Werther. He keeps it all inside until he screams "Alright yeh!" leading into the first musical interlude.

It's not contained in the tabature, nor in the musical score, nor in any liner notes to assist the musicians in the performance. It doesn't matter if Ray does a perfect rendition of the song. Ray is reading from the wrong song sheet. Unless Ray has been to youtube and seen this performance, taking note of the subtle nuances involved in singing the song, then he isn't singing the actual song. He's just singing some other, much, much, sadder song.