Mark Pilgrim (one of the internet's colourful characters) is writing a book on HTML5.

Chapter 3 is a great read but at forty pages it's too long for a busy and important person like you to follow along. So I'm gonna summarise (brutally), for your benefit.

Mark shows us before and after version of a document: it starts off using pre-existing HTML features, and he carefully simplifies the document (and expands it) with all the goodness that HTML5 provides. 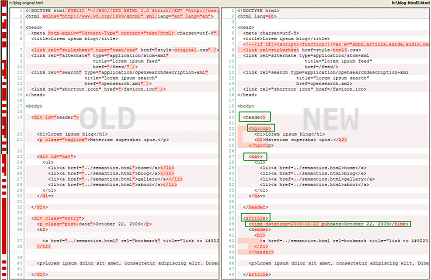 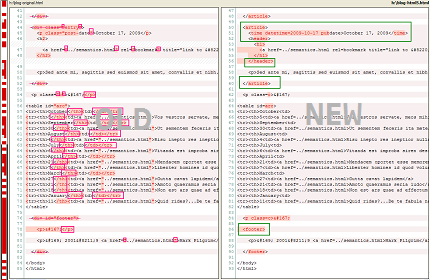 Here's my very poor and half-baked summary of the diff:

* So this is not XHTML, it's not even XML. You can write it as valid XML if you're that way inclined -- but you don't have to. It's HTML. It doesn't have to pretend to be something it's not. That's cool. That's the bit I like best.

Some other Mark Pilgrim links, in case you don't know of him: