There's a psychicologicalous condition known as 'Low Frustration Tolerance', (LFT for short... abbreviations, btw, are helpful for those with LFT ;-))

Low. Frustration. Tolerance. I am writing slowly. Just to frustrate the Living Hell out of those who have LFT.

Every day you will see examples of people with Low Frustration Tolerance. You know these people.

You're in your car, stopped at the lights. Light turns green, and before you've put your foot on the accelerator, the guy behind you blares on his horn. Hard. He's got LFT. Bet on it.

To be a programmer REQUIRES a ^^high^^ level of frustration tolerance. Most people with LFT, on the other hand (OTOH ;->) end up as drunks, hobos, drop outs, early-deaths, burn-outs. 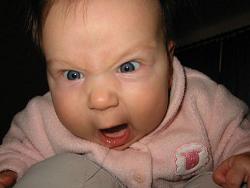 So, the only way to be a decent programmer, able to produce good output every single day is to have a high-frustration-tolerance.

The amount of frustration we encounter in the computing world, every single day, is just astounding. Many days our job consists of leaping one hurdle after another.

Sometimes, just for fun, I keep a little log of the hurdles I encounter in a day. They are numerous.

And yet... I am utterly convinced, that the only way to succeed as a programmer is to have really LOW frustration tolerance.

And sometimes we forget that *both* skills are needed. We fall into the trap of being one or the other.

So here's my latest plea:

Stopping being so easily frustrated. And please, stop settling for second best.

And then: tell me how it's done.