The main news channel in Visual Studio must be seen every day by millions of hard working developers.

It sits on the start page, prime real-estate for getting messages to real people who work with the dastardly complex tool that is visual studio.

Now look at how paltry this feed is! 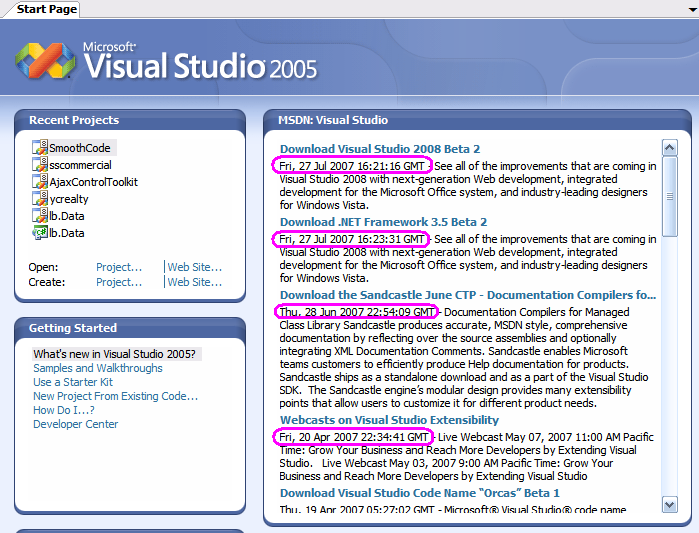 In six months, they've sent a total of 4 items to this feed! FOUR items!

I can imagine some apologist at MSDN saying "oh yes, but there's all these loopholes to jump through in a company the size of microsoft and a quality bar that..." -- BALONEY!! I ain't buying it.

You can see that they arrive in little bursts, as though it's right down the priority list, as someone's part-time job, when they get around to it..

An audience of millions. Millions. And they do nothing with it.

There could be tutorials on new features, help on under-used features, showcases of great solutions -- basically, you could stick ScottGu's blog in there and get a much better first approximation of the right material.

Check out the settings in Visual Studio that control this: 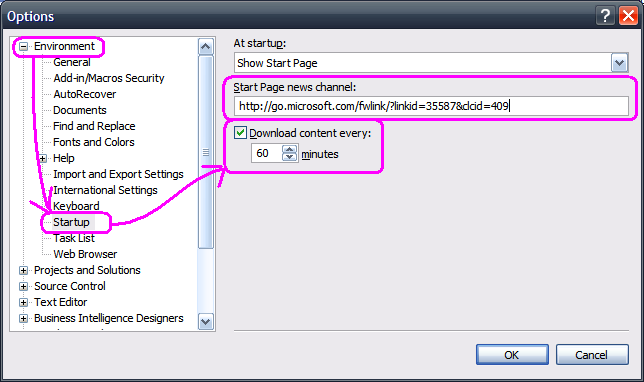 By default it checks for updates every 60 minutes. At four updates per 6 months, that's about 1 update every 70 thousand minutes.

So let me go ahead and change the polling frequency to "every 70,000 minutes" ... oh wait, it won't let me set a value greater than one thousand. Because like, there's no way the dev-div team who wrote this feature would ever imagine that the MSDN team (who are professional journalists) could ever be so slow at publishing news.

I checked and Visual Studio 2008 seems to have the same feed, and the same settings around it. 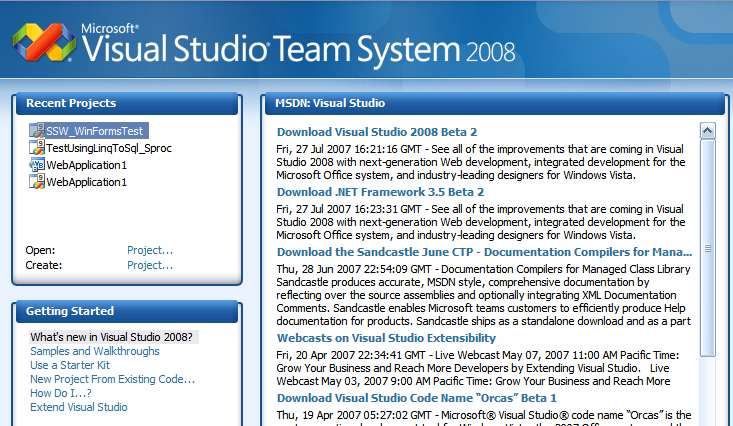 So here's my plan: Developer Division should wrest control of this feed away from the MSDN team and into their own hands. In particular, since Scott Hanselman is their new internal professional blogger about town -- I've decided to assign this job to ScottHa himself.

So if you're listening Scott -- here's your challenge: Get control of that feed, and start pumping it full of useful, thoughtful, educational news items. One per day ought to be sufficient. I'll check on your progress in one month.