I've even made plans to bring back the zine. This would involve sneaking into an actual school to use their actual school photocopier to make copies. But more on that another day. 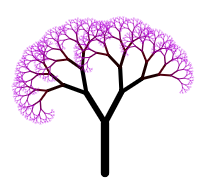 I think it started with the hexaflexagons: just a throw away word, mentioned in an article about Cellular Automata. No: something came before that... I was looking into the possibility of Optical Lego Recognition. OLR! Research on OLR led to image-processing, led to Cellular Automata, led to Conway's Game of Life. Game of life! GOL led to an interview with John Conway who mentioned Martin Gardner and the magical word "hexaflexagons", which he didn't explain at all. How cruel! To mention a word like that with no explanation! Researching hexaflexagons led to Vi Hart, which led back to Martin Gardner. Martin Bloody Gardner! Martin wrote a "Mathematical Games" column in Scientific American, from 1956 to 1981. I'd never heard of him: but he influenced practically everyone that ever influenced me. He popularized all of the topics above and many more. So I fell in. Tumbling like Alice into the rabbit hole. Deep into the wormhole of recreational mathematics, and soon wiki.secretGeek.net was born.

It's a place where I (or we) can maintain a more permanent playground, less ephemeral than blog posts and tweets. A place for documenting certain things. Not things that have any obvious economic value. Things I (or we) find interesting. Interesting things that remain interesting even as time passes.

So I picked up the blog engine from secretGeek.net, tore out its heart and replaced it with a simple markdown-based wiki engine. To make the site interactive, I wanted to create a simple plugin system. I already had a facility for categorizing the articles, i.e. 'tagging' them, so I extended this: each category that is added to a page means a custom partial with that name is included in the page. So if you've tagged an article as being about 'mp3' then the 'mp3' partial would be included if it exists (which it doesn't) and it would presumably allow you to play the mp3s in that article. More generally speaking: tags allow custom javascript to run, that does something special to certain elements within an article. 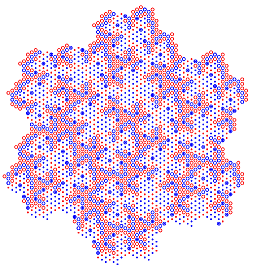 The first 'custom partial' I added was for 'logo' as in 'turtle logo' that wonderful learning environment from the happiest moments of your childhood. Now I can include runnable logo programs within the wiki, just by adding a blockquote with the class 'logo'. This let me write about a lot of Fractals, Space-Filling Curves and the like.

The next plugin I added was for 'Conway's Game of Life' (gol), so that runnable examples of Game of Life patterns can be included inside articles, for example about Spaceships and Guns.

I also added a plugin for displaying mathematical equations, using mathjax though I've only used that at one article so far.

I've been reluctant to 'launch' the damn thing, feeling I ought to get it 'right' before I do. But then the voice of Amy Hoy materialized in my head and announced 'just fucking ship', so that's what I'm going to do.

Over the next 10 years or so, I (or we) can add info about a bunch of other topics as well. For now I've disabled the ability for new contributors to register. But I plan to enable that when I have the kinks removed. This will exist for a long time to come.

And since you're still here. Two somewhat relevant images that strike a nerve. A fractal Tom Selleck. And a quote from Barton Fink. 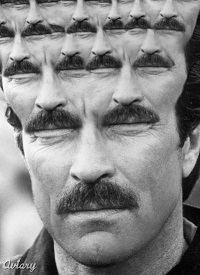